A winner of numerous photographic and advertising awards, he was the recipient of the Grand Prix at The Cannes Lions in 2003. Three years later, he participated in an exposition of advertising photography at the Musée des Arts Décoratifs in Paris.
He is thus known as the foremost representative of contemporary photography implicating the use of new technologies. The photographic series, Porcelain Dolls, was published in the prestigious contemporary photography magazine Eyemazing, and was the winner of the Lucie Award in the same year.

If intuition finds itself as the source of his inspiration, DIMITRI DANILOFF seeks to articulate the tremendous potential of cutting edge technology to the haunting concepts that compose his identity as a créateur. Among them, the movement of bodies that become frozen and then are set free, the confusion of femininity and masculinity around androgyny, and the quest of the fragile nature that exists behind the façade of appearance.
The son of a sculptor, his work is deeply marked by the fierce desire to play with materials, to take photography to its limits, and to constantly push his methods into a state and feeling of vertigo. Provocative and inhabited by doubt,

DIMITRI DANILOFF uses photography in order to emerge the obvious, the evidence within him. 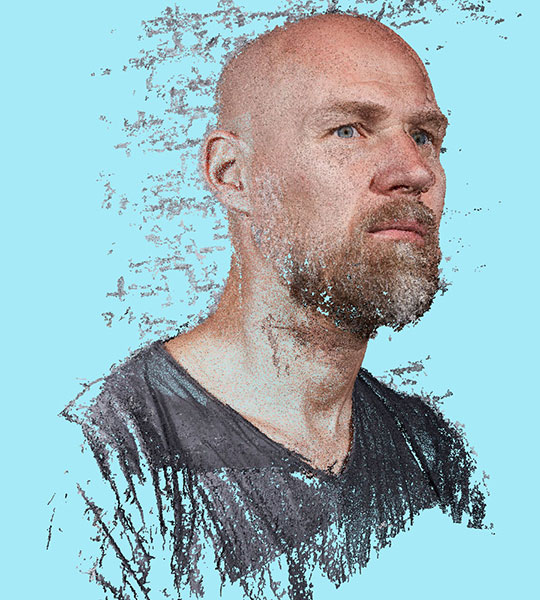